Thanks to Mike Hale, The Grub Hunter for the Herald, the Hyatt Highlands Winemakers dinner series featuring McIntyre Vineyards has taken a front row seat in the news!   Click here for the link to the full online article to read on the bites and wine offered. Grab your tickets promptly or call 831-622-5445 to make a reservation as the dinner takes place Thursday, January 16th inside the Hyatt Carmel Highlands wine room. The tickets can be purchased here. This is a great opportunity to meet Steve McIntyre, awarded the 2013 Grower of the Year by the California Association of Winegrape Growers, his family and friends while eating a delicious menu created by Chef Matt Bolton. Start your 2014 year by completing a spectacular item off your bucket list or fulfill a New Years resolution with the ones you adore. 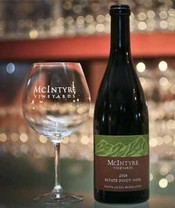 "It is hard to imagine a more prestigious or beautiful place to hold a winemaker dinner in Monterey. Between the food, the view and the wine the evening should be spectacular," McIntyre said. 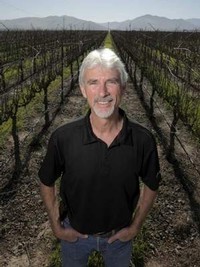 Connoisseur’s Guide to California Wines has just published a roundup of Chardonnays, and McIntyre’s 2011 Estate SLH scored a whopping 91 points! They praised it for its great style and polish, and energetic fruit. We couldn't agree more, and hope you will take advantage of this fabulous summer-rific wine, before it’s sold out!

Wonderfully well-measured in richness with lots of deep and energetic fruit comfortably married to very complementary oak, McIntyre's Estate Chardonnay is a keenly composed wine that shows great style and polish. It has fine palatal weight and is supple in feel with neatly placed acidity lending brightness and length. It is downright delicious now but will only grow better with age, and it we expect it to drink well on the strength of its balance for a good five or six years.

Another respected voice has weighed in on the current releases of McIntyre wines: Food & Beverage World had high praises and high scores for the 2011 Chardonnay, 2010 Block 3 Pinot and the 2011 Kimberly Vineyard Merlot!

These wines scored 90 pts or better in their annual Best of California wine competition, putting them in the top three wines chosen by a panel of consumers in their respective categories. 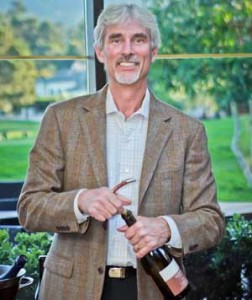 Congratulations to Steve McIntyre on being awarded Grower of the Year by the California Association of Winegrape Growers.  Click here to see the press release. Grower_of_the_Year